It’s hard to realize how intimidating the legal system can be until a loved one is charged with a crime. Getting a DUI charge with the possibility of a DUI conviction can be a devastating occurrence for most people. DUI convictions come with serious consequences for both first-time and repeat offenders, and the financial impact alone tends to be quite harsh. Keep in mind that a criminal conviction can also lead to difficulties driving your car, finding a job, or moving.

If you or a loved one has been arrested for DUI, no matter the consequences or the allegations, this is likely one of the most difficult things you’ve ever had to face. But you don’t have to do it alone. Shequel Ross and SheLAW Firm are passionate about upholding your rights. With decades of combined experience and extensive trial background in both state and federal courts, we are well aware of what you’re up against.

Whether you’re looking for a DUI/DWI attorney or you were charged with a felony or misdemeanor, our focus is on working with you every step of the way and building a strong case that puts you in the best possible position. Talk to us today at 470-378-1162 to schedule a free and confidential consultation with a Decatur DUI defense lawyer.

What Is the BAC (Blood Alcohol Content) Limit in Georgia?

When referring to a “legal limit” most people assume that there’s a certain blood alcohol content (BAC) level above which a person is automatically found guilty of DUI. While this is true for DUAC charges (a BAC of .08 or higher is enough to convict a person of DUAC), it isn’t enough for a DUI conviction. The state has to prove that a person was intoxicated to an extent that substantially or materially affected their ability to drive, no matter their BAC level, to convict someone for DUI. 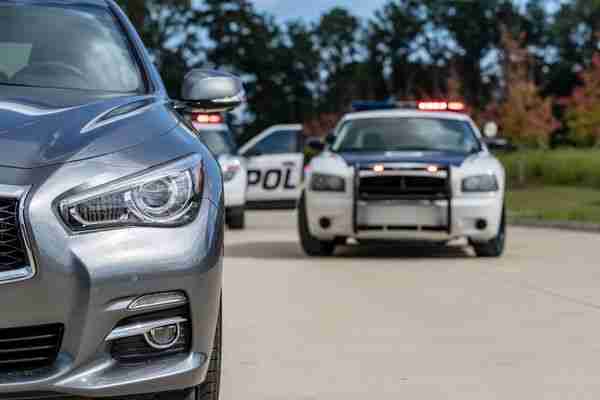 There are too many factors that influence how intoxicated a person is based on the number of drinks, whether the person is a female or male, how much they had to eat, their body size, the alcohol content in the drinks, the person’s metabolism, and their alcohol tolerance level. With this in mind, the legal BAC limit refers to how much alcohol is contained in a person’s blood at the time they were driving.

What Penalties Can I Face for a DUI in GA?

If you are above the age of 21 and you are convicted of DUI, what will determine the penalties you receive and the severity of your sentence in Georgia is whether it’s your first DUI conviction and your BAC level.

Here are the penalties you may face based on your circumstances:

Driving With An Unlawful Alcohol Concentration – Same penalties as DUI above.

If you or a loved one were charged with DUI, you could be facing the penalties listed above. Consider reaching out to an experienced DUI defense lawyer at SheLAW Firm today for a free consultation. You can call us at 470-378-1162 any time of the day.

Can I Refuse a Breathalyzer Test in Georgia?

If you do choose to refuse a breathalyzer test, your driver’s license will be suspended automatically. Refusing a breathalyzer test in Georgia means that you will be mandated to complete the Department of Alcohol and Other Drug Abuse Services course. You will also likely face a fine to have your license restored once you complete the program.

Georgia has its implied consent law, meaning that all drivers in the state are automatically presumed to consent to drug and alcohol testing as part of a DUI arrest. This is covered under the Georgia code of laws.

As such, if you refuse to take the DataMaster (DMT) or the breathalyzer test, there will most likely be consequences, as outlined below.

What Is a Felony DUI in GA?

Based on Georgia law, the consumption of alcohol doesn’t have to be the primary cause of death or injury; so long as it still contributed to the accident. For example, if you were sitting at a stoplight within your lane and out of nowhere somebody slams into the back of your car and gets seriously injured, this may not lead to a felony DUI conviction. You could instead be charged with a simple DUI.

Georgia law defines “great bodily injury” as any injury that creates a significant risk of death, or that causes permanent disfigurement, or an impairment or protracted loss of the function of any organ or bodily member. For this reason, it might not take much for a DUI accident to result in a felony DUI. For instance, if a person injured in a DUI accident suffered a broken arm placed in a cast, the prosecutor may argue that the eight weeks in the cast is enough to warrant a protected loss of the function of a bodily member.

You might be wondering how you can fight your Georgia DUI charge. The following are five examples of the common defenses that can be used to avoid a guilty verdict in court.

Failure to Record Your Breath Test and Traffic Stop

Police officers in SC are required to record the video of every DUI traffic stop they conduct. They should start recording as soon as they turn on their strobe lights and must record everything including the administration of the breathalyzer test. If the attending officer did not record your traffic stop, or the video shows that the officer didn’t follow the right steps, you might be entitled to a “not guilty” verdict.

It’s worth noting that there are few exemptions to the video recording requirement in Georgia. The officer isn’t required to record that DUI traffic stop when exigent circumstances exist, or when it’s physically impossible to do so. However, these exemptions won’t apply in most cases. Your lawyer can help request a copy of your arrest video, and if it’s not available, it’s up to the police and the prosecutor to justify why no video exists.

Even if the arresting officer followed the due procedure and recorded your breathalyzer tests, several issues could render the test invalid. For instance, the device may not have been calibrated properly, or the officer who did the testing was not trained adequately or failed to follow the requisite procedures.

Other issues could lead to false positives in BAC levels. Some common examples include:

While the implied consent law requires drivers to submit to a breath test, it does not apply to the field sobriety tests (FSTs). If you voluntarily submitted to the FSTs (even if you weren’t aware that you had the option to refuse) your performance on the test will likely be used against you in court.

However, for FST results to be valid in a DUI case, the arresting officer has to perform the tests properly, and must accurately interpret the suspect’s performance. Several issues can render FST tests unreliable, such as failure to consider alternative explanations for poor performance (e.g., a medical condition), or poorly describing the tests the driver has to perform. 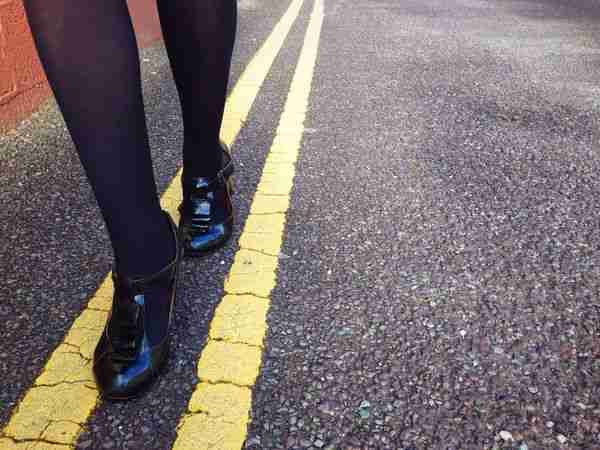 If the results are deemed unreliable and there isn’t any other evidence to prove you’re guilty, this could help protect you against a conviction.

Having a .08% BAC or above is not the only way to face a DUI charge in Georgia. If the prosecution can show that your faculties to drive were appreciably and materially impaired, you can be charged with DUI regardless of BAC level.

With this in mind, one way to avoid a DUI conviction is successfully arguing against the prosecution’s allegations of impairment. If there’s not enough evidence to prove how your driving faculties were diminished, you don’t deserve a conviction.

Violations of Your Constitutional Rights

Some examples of common constitutional violations that can be used as defenses in DUI cases include:

How Can a Decatur DUI Defense Lawyer Help Me?

An experienced DUI lawyer can help you understand the charges brought against you and make sure your rights are protected. At SheLAW Firm, our lawyers will be by your side to ensure everything goes smoothly during court proceedings, and work to ensure the matter is resolved as swiftly as possible.

The following are some of the top ways we can help:

Negotiating with the Prosecutors

Our DUI defense lawyers have decades of experience working with prosecutors and the Georgia justice system. We can work with the prosecution to find alternatives to jail time and decide the plea bargains that will lower the burden for you.

Getting your Case Dismissed

Just as with many other criminal cases, you have the right to ask the court to dismiss your DUI case based on your circumstances. Our DUI attorneys will closely review your case, file strategic motions with the court, and even request the dismissal of your case if the arresting officer didn’t provide sufficient evidence as required by law.

Getting your Case Expunged

We can help you with all legal issues about your DUI charge, from the time you’re contacted by the police to when you go to trial. We take pride in protecting your rights and making sure that you understand everything that goes on throughout the legal process. In case you or a loved one is facing DUI charges in Decatur, GA., get in touch with us today to learn more about how we can help.

Our Decatur DUI Defense Attorneys Are Ready to Serve You

If you have been charged with DUI in Georgia, you have a right to a jury trial. Considering the consequences of a DUI conviction, you should fight the charges with all you’ve got.

At the SheLAW Firm, we have extensive experience handling DUI defense cases, and we are ready to protect your legal rights. We can meet with you to discuss your case at our office or wherever you are within the state at your convenience. We are also available via email or text. 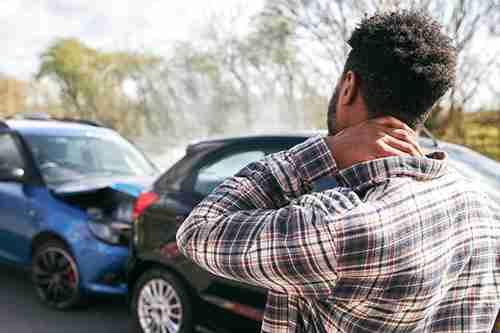 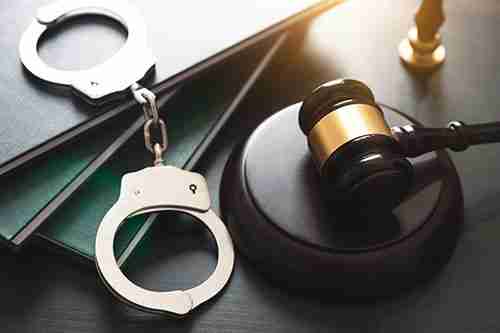 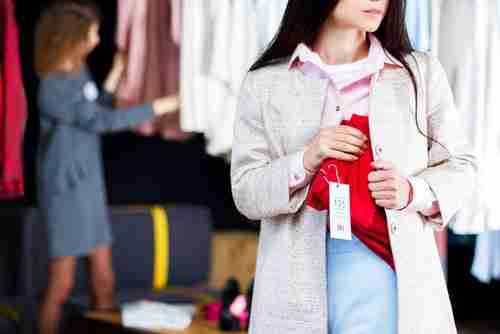 Theft By Shoplifting: What You Need to Know

Shoplifting occurs when a person takes merchandise from a retail store without purchasing the item. A person commits the act of shoplifting by: Taking or 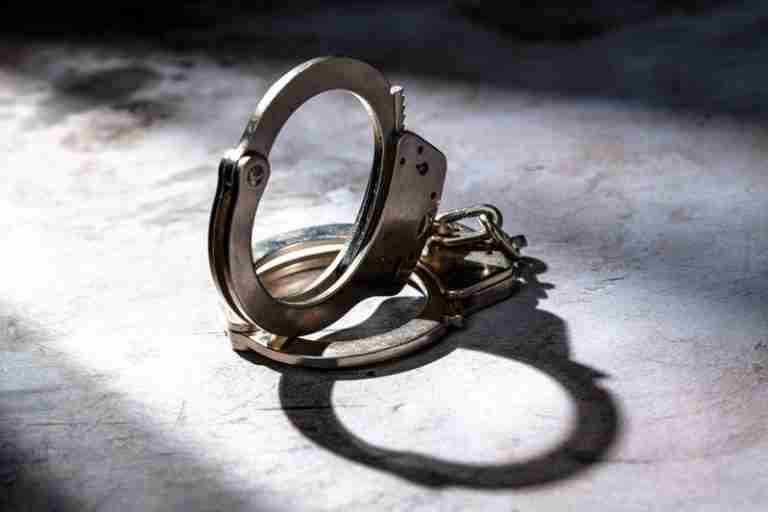 A DUI arrest in Decatur, GA is a serious matter. A Decatur DUI defense lawyer can help you navigate the process. You could be sentenced 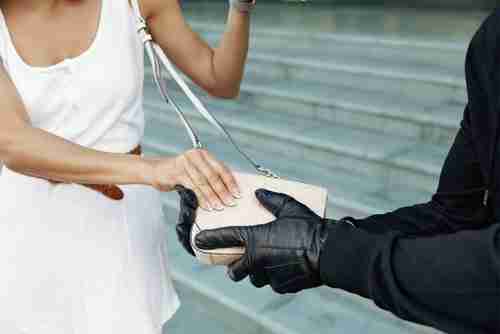 Robbery: What You Need to Know

A robbery occurs when one forcefully takes someone else’s property. Have you or a family member been charged with robbery, if so, SHE can help!